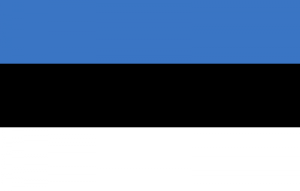 Estonia enacted a gender equality law in 2004, however, women’s organizations continue to struggle to have the law implemented by government authorities. Estonia has not been involved in large-scale conflict or war since it regained independence from the collapse of the Soviet Union in 1991. Estonia acceded to the Convention on the Elimination of All Forms of Discrimination Against Women (CEDAW) in 1991 and is ranked 26 out of 153 listed countries on the 2020 Global Gender Gap Index (GGI). Estonian women require more support from the international community to pressure its government to implement a comprehensive, sustainable approach to achieving gender equality. In 2015, $457 mln was spent by Estonia on its military. Recently, in October 2016, Estonia elected it’s first women president, Kersti Kaljulaid. Estonia also has demonstrated efforts to put gender equality on the agenda in schools with the ‘intergrating gender into teacher education and training’ project, however, Estonia still has ways to ago in achieving a gender just society.

Estonia developed its first NAP in 2010 for the period 2010 – 2014. The NAP was led by the Ministry of Foreign Affairs, which headed an interdepartmental Working Group.  A revised NAP was launched in 2015 for the period of 2015-2019 developed by the Ministry of Foreign Affairs in co-operation with the Ministry of Education and Research, the Ministry of Defense and the Defense Forces, the Defense League, the Ministry of Social Affairs, the Ministry of the Interior, the Police and Boarder Guard Board and civil society representatives. The revised NAP outlines external activities aimed at ensuring human rights of women through the promotion of gender equality as well as prevention and elimination of gender-based violence. Other strategic documents include internal activities at the national level. Estonia’s second NAP outlines three main objectives in the implementation of UNSCR 1325. The first objective is to improve the situation of women in conflict areas as well as